“Simon Plays”: a re-edition of the famous Simon game! 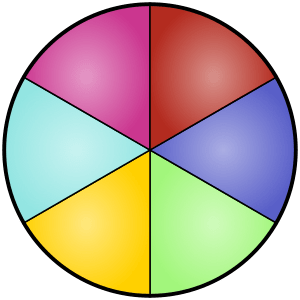 I had 4h to remake a basic version of the famous children game: “Simon”!

The game is available here.

Note: this article is also available on Medium.

The game of Simon is a neat memory exercise: the goal is to re-enact the sequence of color-and-sound combos that is randomly performed by the computer. Each time you reproduce the sequence correctly, the game adds a new random press to the sequence and replays the whole thing. Then it’s up to you to match it once again, and so on, and so on…

Today, I took on a time-limited project: I had 4h max (half a day) to make a little version of this game that lets you choose the number of colors (and corresponding piano note) on your Simon – between 4 and 9, and the speed at which the sequences are played. I actually finished the core in 2h30 but then kept testing and tweaking…

Here’s a little preview of how the game goes:

Everything is done with pure HTML/CSS/Javascript.

I used a (MIDI) piano for the sounds because I wanted something less harsh than the bleeps we have in the original electronic version. But since I needed more than 4 notes (we can have up to 9 notes if we have 9 colors!) I didn’t use a major triad like the previous versions – this triad consists of 4 notes (E, C#, A and E one octave lower) that always sound good together: they are “in harmony”. Mine are simply the scale from C to B, with C and D one octave higher at the end.

There are a lot of clones and knockoffs of this game, so this is by no mean a brand new idea! And I could probably have improved the visuals and the sounds if I had taken more time. But it’s always fun to find a quick project and have it done within your time constraint. In my opinion, it keeps you on your toes and makes you a better dev 🙂

By the way – my personal high score so far at a normal speed is a sequence of 13! How about you? 😉