The Resistance: how to digitalize a board game? 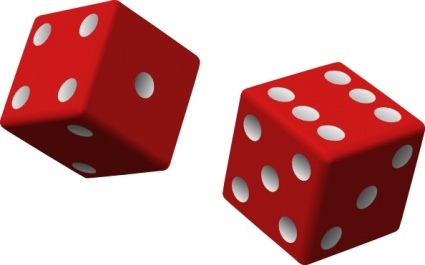 Can we send a game into the Matrix and ‘re-virtualize’ it? Would it change its nature, its rules and its objectives, or could new technologies bring a freshness to some overused gameplays?

Over the course of the years, video games have become a unique media surrounded by a cloud of discussions and controversies, especially on the question of losing touch with the reality and modifying your emotions. Thus, one might wonder if forcing a nice, simple, family board game to a computer screen is really the best idea.

We will take the easy road for now and mostly ponder upon the technical changes digitization could have on the game – even if we briefly talk of the interaction between players in this article, that has social components.

The Resistance as case study

Our case study is the party game The Resistance created by Don Eskridge in 2009. In this game, Rebels mean to bring an authoritarian government while Spies infiltrate their lines to thwart the Resistance’s plans. During a game, you assume a secret identity you are to take as seriously as possible: players are encouraged to say whatever they want, whenever they want and to use trickery, deductions and suspicion in order to win. Then, there are several turns where part of the team completes missions; the party’s member for one mission are picked by a turn Leader and they have to vote secretly to determine the end result of the mission.

This example is very interesting because it relies on several processes that may be profoundly affected by digitization: player’s discussions, role play, turn management and vote systems… all of these can be transformed, complicated or facilitated with the use of computers. We will try and see to which extent for each and illustrate with some experiences from the game sessions with the board game and with its digital version.

An advantage of digitizing a game is to simplify purely technical moments, be it the distribution of role tokens at the beginning of the game, the collection of votes at the end of a mission or the missions’ successes and failures count. These information are not necessary to players since they don’t have any influence at these steps and can be easily managed by an algorithm.

Even though gameplay is not overly complex in The Resistance, this can be a real plus for games with a more complicated set of rules.

After developing a digital version of the game, we tested it with 5 more or less organized players and we actually were very happy we didn’t need to setup all the board and deal cards – it would probably have made the game session a lot longer!

Play wherever, whenever, however

An other upside of video games is their great adaptation capacity. As opposed to a board game which is usually designed for a given number of players or a certain session time, a virtual version can automatically recompute game rules according to the current context and give us an adapted game experience.

Here, that means we could have varying number of players – the algorithm would then immediately figure out how many members each mission’s party must have, who is Leader each turn, etc. In particular, we played successive games with growing team of players – from 4 to 7 players – and the system adjusted nicely.

Many board games also require the players to be in the same room and to work with specific stuff (like cards, tokens or dices) that you may not have with you when you want to play. By creating a numeric Resistance game, we go around this problem since the program provides the resources – although I’ll admit you do need a computer! So, given every player has the game on his or her computer, they can decide to play in the middle of the night and in different countries, they can form large groups of diverse players, they are less bounded by physical constraints. This phenomenon has already started to occur with roleplaying game sessions that are outsourced thanks to video chats applications and tools like Skype or Roll20.

The impact of digitization on players’ intercommunication

When reflecting on games such as The Resistance, a core feature to look at is the exchanges between the players. It is key in the gameplay since it relies on secrets and bluff. Aren’t we removing this paramount aspect of the game when we separate players by screens? Despite the fact voice calls allow you to share and discuss easily, it is obvious you will never get the same feeling when talking to your fellow Rebel friend overseas as you would when he is sitting next to you. Moreover, role play also comes from visual cues and discreet gestures that you cannot transmit via these channels of communication.

Thus we can ask ourselves if we are not potentially creating a lot more of connections between players but in exchange for these links being weaker than ‘real-life moments’. Live-action role playing games are the proof some people believe meeting others face to face adds something to the gameplay.

On the other hand, The Resistance may be seen as a detective game where you simply collect clues at each turn and gradually deduce who is more likely to be a Spy. From this point of view, player communication should only be about producing these clues instead of scrambling the messages with lies and tricks. We noticed during our sessions that a few players were way more comfortable hiding behind a screen that concealed their emotions because it allowed them to focus on the game itself and calmly dissect every result.

In the end, there are advantages and drawbacks to turning a board game into a video game but it is clear it modifies the experience for the players. The thing is to choose the preferred mode for each party so everyone enjoys the session and there are no hard feelings!